Jack Smith (1928 – 2011) was a British social realist painter during the 1950s, later to concentrate entirely on producing abstract works. Smith exhibitied abstract works a number of times at the Flowers East gallery in London and an 80th Birthday Retrospective was held there in 2008.

Jack Smith was born in Sheffield, Yorkshire in 1928 and between 1944 and 1946 studied at Sheffield College of Art. From 1948 to 1950 he studied at Saint Martin's School of Art and then went on to study under John Minton, Ruskin Spear and Carel Weight at the Royal College of Art between 1950 and 1953.

In the early 1950s Jack Smith was a member of a group of four artists called the Beaux Arts quartet along with John Bratby, Derrick Greaves and Edward Middleditch. Smith found French art of the 1940s uninteresting stating that he reacted to its 'lack of creative energy' and that he wanted to 'make the ordinary miraculous'. The Beaux Arts group painted in a neo-realist or social realist style - highlighting real socio-political conditions of the working classes as a means to comment on the power structures behind these conditions through their works. All four artists exhibited at the Beaux Arts gallery in Bruton Place, central London. The gallery - owned by Helen Lessore - championed social realist artists.

The four's art movement becames known as the 'Kitchen Sink School', a term derived from a 1954 article in Encounter magazine by critic David Sylvester commenting on an expressionist painting by John Bratby, which contained the image of a kitchen sink. The group were aversed to the label and Smith protested that he wasn't concerned with depicting social realism but that his art was more concerned with the aesthetic of light, form and pattern

In 1956 Smith first prize at the John Moores Liverpool Exhibition as well a winning National Prize at Guggenheim International Awards. In the same year - along with artists Lynn Chadwick and Ivon Hitchens - the group were chosen to represent Britain at the Venice Biennale.

In an article in London Magazine (4th March 1965) Jack Smith stated "More & more do I find that activity of different kinds is essential in the painting - I want it to be as complex as a symphony; to keep the surface as flat as possible, letting it have visual space or eye dance, but no impressionist, cubist or continued space. I would like the surface to be as remote as Vermeer." Expanding on the thoughts in this article Smith reveals to a Tate compiler that between 1952 and 1956 he was concerned with light as an intrinsic part of painting but after that period he becomes disinterested in light but that it was still an essential requirement of his works. He goes on to describe a 'remoteness' that ables the viewer to understand particular details that may not be determined visually. He states that "There is silence in the earlier paintings though that is not the subject. Later on, that silence became the subject’."

Commencing in 1963 Smith produced a series of paintings which he described as the point at which he broke from the traditional style of his earlier work. The works were all entitled 'Written Activity' and appear as lists or inventories. These paintings used marks which resembled hieroglyphs with Smith stating "'I seem now to be able to build up a visual written language that can deal with any experience or sensation."

From 1969 to 1972 Smith produced a series of collages under the general title of each had the general title of ‘Hazard collage’ using multiple components (and often mixed media) of which he descibes as ‘a box of information’. A further quote from Jack Smith's London Magazine article states that ‘I think of my paintings as diagrams of an experience or sensation... The closer the painting is to a diagram or graph, the nearer it is to my intention.’

In the 1970s Smith worked and lived in a studio in Ashbridge Road, Leytonstone and he continued producing his abstract works into the 2000s.

The National Gallery of Victoria, Melbourne 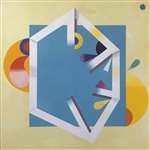 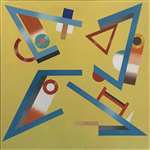 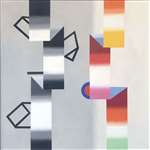